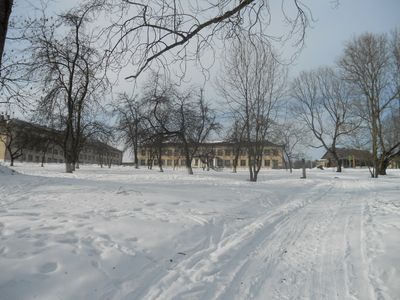 Last February 16, 2015 a delegation of the Association "Mameli 7", composed by Alfonso Larena, Dr. Marco Sbracia and Dr.Lorenzo Siciliano went to Minsk to make contact with the Belarusian authorities,thereby starting the dental care project at institutes for Belarusians orphans conducted in cooperation with the PUER and funded by the Regione Lazio.

Our adventurous doctors were greeted in Minsk by the classic Russian winters (-20° C) and the tireless local representative of the Puer.

On Thursday, the 17th,the physicians together with Alla were received by the Directorfor humanitarian affairs of the Belarusian Government together with the Director of the Institute of Volodhyn in the province of Minsk, where are housed 70 children of mild and moderate, psychomotor difficulties, singled out by the Belarusian Government as the Centre where to hold the first join tMameli 7 Puer. Mission health intervention During the “verycordial “meeting the Director assured every oneof his willingness and interest to overcome the bureaucratic difficulties that are expected. The Director has ensured his total commitment so that needed dental equipment can make it quickly through the Belarusian border. After the usual photos opportunities (see below) our delegates were led to the Volodhyn Institute by the Director. 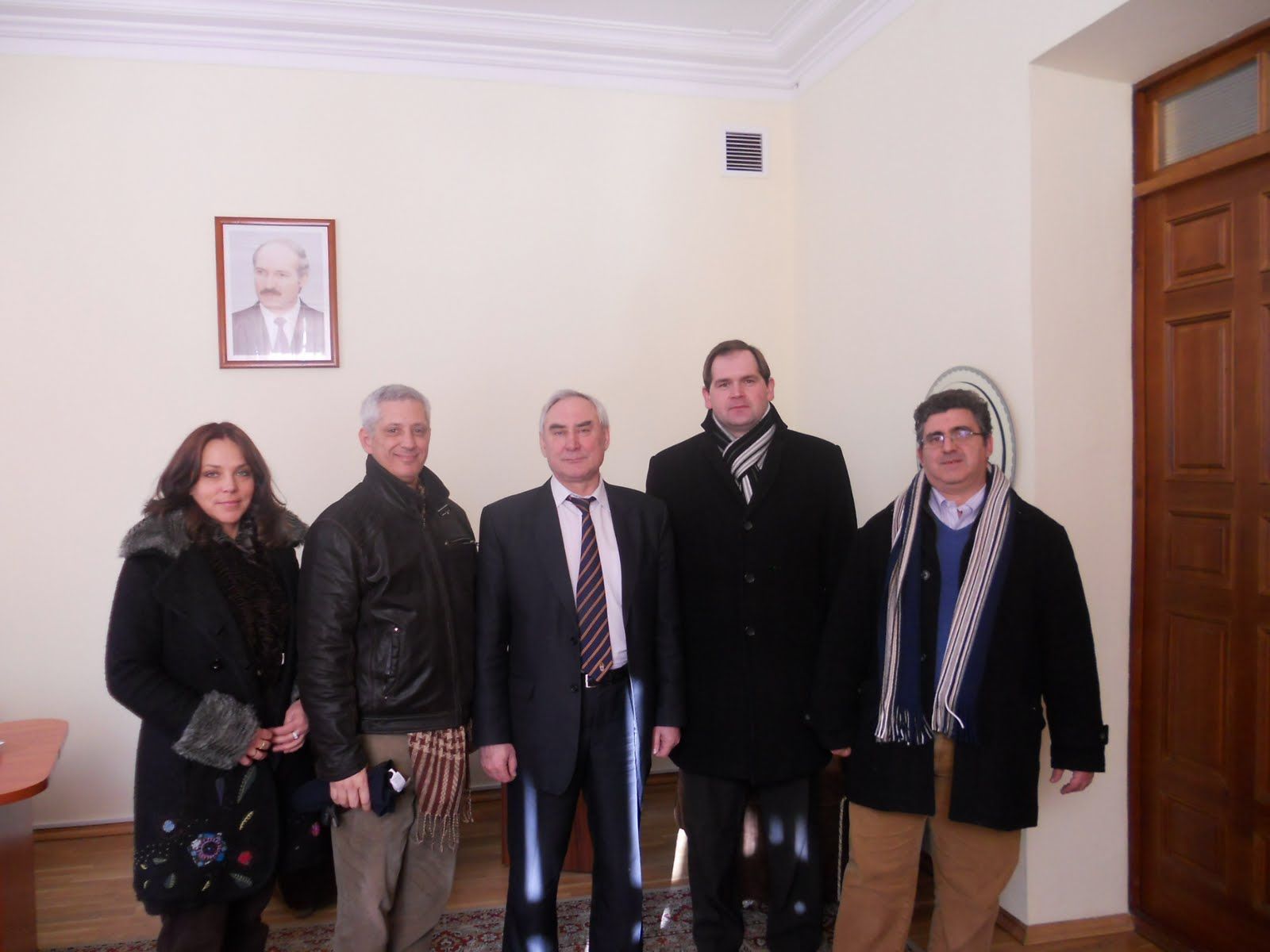 The Volodhyn Institute is located about 70 miles from Minsk in the Belarusian countryside, far from the nearest towns, surrounded by a large farm where they raise pigs and other animals which serve for the economic livelihood of the Institute chronically short of funds. It assists more than 70 children aged 5 to 14 years with mild and moderate degree of psychomotor disabilities, generally due to parental alcoholism, a rampant plague of Belarusian society. The Institute was the only brick building in the icy expanse of Belarus.

After having reached our destination and after a working breakfast with typical products from Belarus, we met the staff of the College. Everyone was very cordial and showed an impressive willingness to make things happen despite the inadequacy of the means at their disposal. The two Deputy Directors, Tatiana and Vladimir, proved to be particularly active. 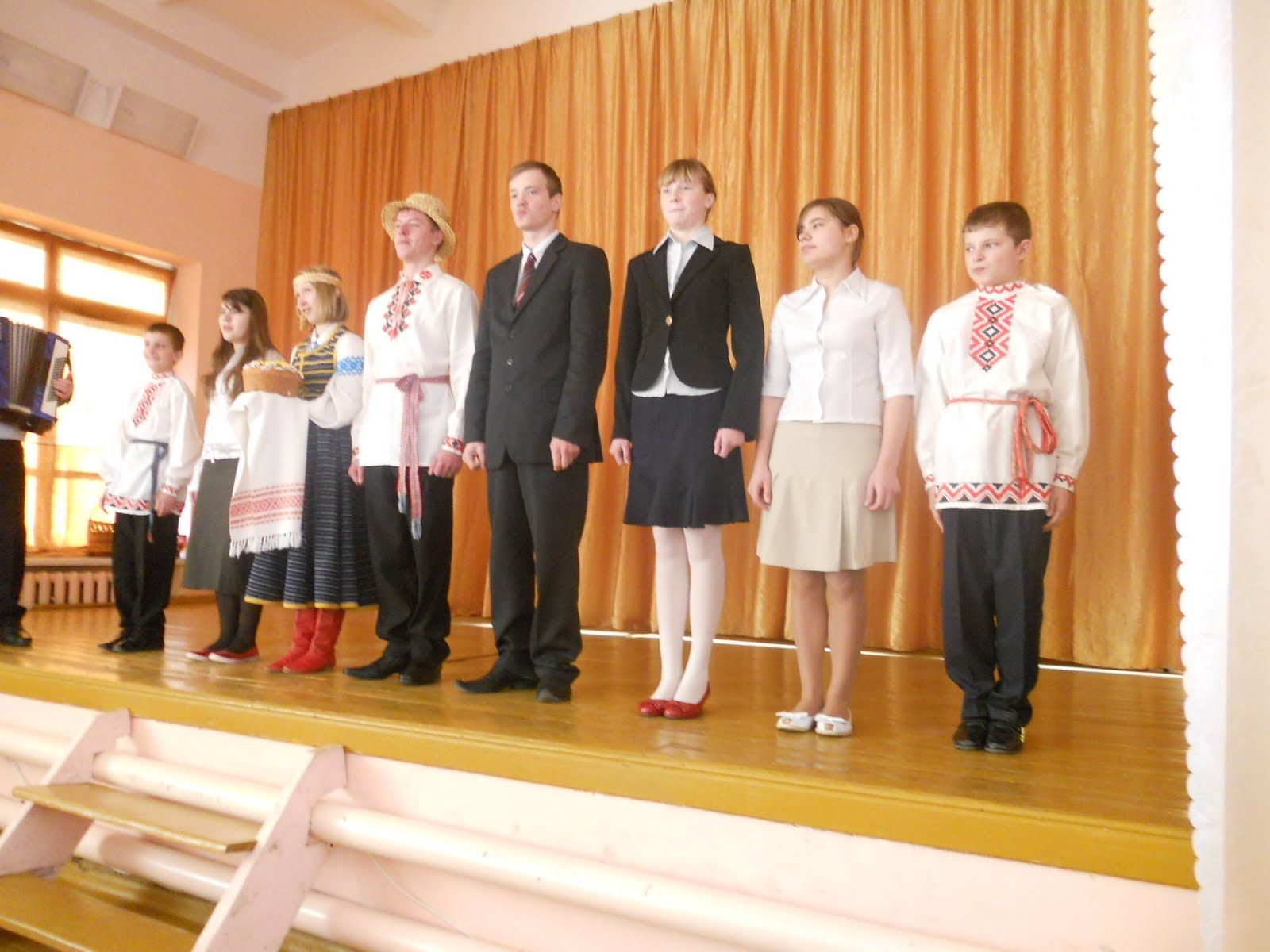 The boys from the Institute then offered an original show of dances and folk songs along with local ritual exchange of gifts. The performance took place in a general display of affection and gratitude of boys toward their guests.

The next day,Friday 18, after having stayed at the Institute for the night, our doctors along with the Director went to the Directorate of the local Health Clinic to assess how to carry out health intervention in accordance with Russian laws and regulations. The Director did not deny the bureaucratic and administrative difficulties which the mission will face. She showed a very pragmatic approach to the problem by suggesting how the health intervention should be carried out with the collaboration of health care that will take charge of the means provided by the Mameli 7 and working with our dentists in interventions on the territory suggesting how the health intervention, can be extended to the population living in the surrounding countryside that is devoid of any dental care. After this fruitful meeting our doctors were brought to the local clinic that normally deals with health care at the College of Volodhyn. In this structure, we met the local dental specialist that will help us in our work.

Back at the school, Dr. Siciliano conducted a brief dental hygiene lesson for the boys of the Institute whowere very cooperative and enjoyed the new “game”. 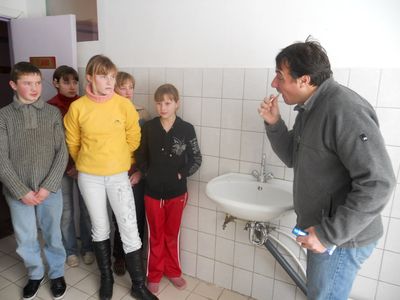 After reaching our destination and after a working breakfast with typical products from Belarus we met the staff of the College. Everyone was most loving with an amazing desire to do things despite the inadequacy of the means at their disposal. The two Deputy Directors, Tatiana and Vladimir, have proved to be particularly active.

After having said good bye to the teachers and children, our doctors agreed with the Director to start immediately the paper work for the identification of the means and materials to be sent to Belarus in time to continue the activity in the months from May to September, during the good season. After an emotional good bye to the boys, the delegation returned to Minsk from where they left for Rome on Monday, 21 February.

All the participants felt a great deal of emotion and affection for these boys, and a desire to bring practical help to overcome all the difficulties that one may encounter in the process.

See you soon at Volodhyn